Family Owned and Operated by the Cole Family.

Our Family Serving Your Family.

Carl Cole has prepared and interred approximately 8000 people in the Aiken-Augusta area since relocating here in 1979. Carl is a compassionate, caring and service minded professional and his funeral home is not only an occupation but also a labor of love. The goal of Carl Cole and his Cole Funeral Home staff is to deliver the service their customers expect and deserve.

Beginning at age twelve, Carl dreamed of becoming a Funeral Director. This dream began to materialize at age fifteen when he started working at Sutton Funeral Home in Pageland, South Carolina, his hometown. Carl worked there until his graduation in 1977 from Central High School in Pageland. Subsequently, he continued his education in Atlanta, Georgia at the Gupton-Jones College of Mortuary Science.

Carl moved to Aiken in 1979 after graduating. He worked under the direction of Edward D. George and was supervised by Joseph W. McClellan, who was considered a master in the art of embalming and he taught Carl the proper way to handle every situation. After serving his internship, he received his license from the State Board of Funeral Directors in 1980.

Two years later he again accepted a position with JM Posey and Sons in Graniteville, SC and he and wife, Cindy, lived there until 1992.

In 1992, Carl accepted an embalmer position in the Anatomic Pathology Department of the Medical College of Georgia. (MCG). He served there as an embalmer for four years and as Autopsy Lab Supervisor for six years. He also lent his assistance to Shellhouse Funeral Home during this time as they built their business.

During this time, Carl and Cindy welcomed their son, Shane.
After 10 years at MCG, Carl felt a great urge to return to his dream of funeral directing and accepted a position with Platt’s Funeral Home then went to Elliott Sons Funeral home in Augusta, GA. Carl was also dreaming of opening his own funeral home in Aiken, SC and his three years at Platt’s enhanced his knowledge and ability in funeral directing.

In 2006, Carl and Cindy decided to create Cole Funeral Home and Cremation Service, Inc. They purchased the former Liberty Christian School and Temple Baptist Church campus and began renovations on their dream project. With support and trust from Cindy and much assistance from family and friends, their dream became a reality in April 2007.

Carl is a member of the Sunrise Rotary Club of Aiken, is a Gideon  with the East Camp here in Aiken.

Shane was born November 6, 1992 in Augusta, GA and has lived all his life in Aiken County. He attended Curtis Baptist School in Augusta from the age of 3 thru the 8th grade while living in Clearwater, SC.  When we located to open the funeral home in Aiken, Shane attended Aiken High School and graduated in 2010. He made the Deans List in his Sophomore year at USCA and graduated from the University of South Carolina Aiken Campus, on December 10, 2015 with a BS degree in Business Management and graduated on December 10, 2017 from Piedmont Technical College in Greenwood, SC    with an Associates Degree in Applied Sciences majoring in Funeral Services. Shane has been with Cole Funeral Home since the 10th grade,  and is a 2nd generation License Funeral Director, and a License Embalmer  for the state of South Carolina.  Shane was married on June 18, 2016 to Rachel M. Krepps.  They both are  active members of Grace Covenant Church of God in New Ellenton where he  and his wife plays a very important role as  the Youth Directors for Anchor and mentor the youth. Shane is the pianist for the youth and young adult groups, and fills in as pianist for the Sanctuary Choir and  the Sunday Church services as well for most all funeral services held in our chapel and at a church when needed. Shane is also a Gideon with the East Camp here in Aiken.   We are very proud to have him with us to carry on the Cole name in funeral service as a second generation Funeral Director/Embalmer.

Bill was born on Parris Island, SC in 1948. He graduated from Beaufort High School in 1966. In 1967, Bill joined the USAF where he served over three years obtaining the rank of Staff Sgt and served a year in Southeast Asia during the Vietnam War. He married Susan E. Gleason at Hulburt Field in Florida on May 17, 1970 leaving there for New Mexico. He received an early out to join the SC Highway Patrol on January 10, 1971. After his graduation, he was sent to Aiken County where he obtained the rank of Sgt during his 25 year career. He retired January 10, 1996 where he joined Sue Townsend at the coroner’s office for 14 months. He than took over Civil Defense and changed it to Emergency Preparedness for Aiken County. During his tenure at EP, then Sheriff Howard Sellers asked Bill to join the Sheriff Dept. at the rank of Captain to revamp the records divisions and create a new dispatch center. In 2002, he had completed what was asked and he went into full time painting with his business Cole’s Painting Company, which he still has today. He has a daughter, son in law, two step grandsons and a son, daughter in law, granddaughter and grandson. He now resides in Windsor with his wife and attends First Baptist Church of Windsor where he serves as head deacon and teaches youth Sunday School. 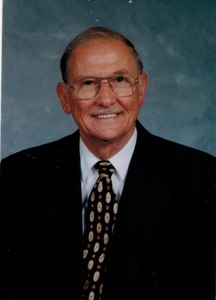 Gene O. Wilson is a native of Graniteville, SC and married to his high school sweetheart, the former Angelle Kenney for over 66 years.  They have four children, six grandchildren, and one great grandchild. He is a graduate of Leavelle McCampbell High School, New Orleans Baptist Theological Seminary (Dip. SM); University of Mississippi (BM); Southwestern Baptist Theological Seminary (MCM); FRASCE of Rio de Janeiro (BSP); and Piedmont Technical College (Asso. in Business with a major in Funeral Services).  He was licensed as an Embalmer/Funeral Director in South Carolina and Georgia in 2002.  Gene who is an ordained Southern Baptist minister, served in churches throughout the Southeast prior to being appointed as a music missionary by the International Mission Board of the Southern Baptist Convention.  After serving more than 28 years in Brazil, He returned to Stiefeltown, SC where he was born. Gene has over 25 years of experience in Funeral Service being associated with J.M. Posey and Sons Funeral Home, Graniteville, Stephen D. Posey Funeral Home, North Augusta,  and Napier Funeral Home in Graniteville. 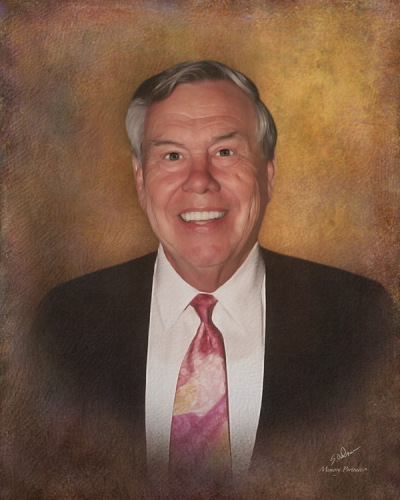 In Memory of our dear friend David Osbon. David served on our staff briefly until his wife the late Mrs. Leo Smith Osbon took ill.  Till The day he died, which was on a Thursday January 20, 2022,  he was on our staff here at Cole Funeral Home.  You will be missed my friend.