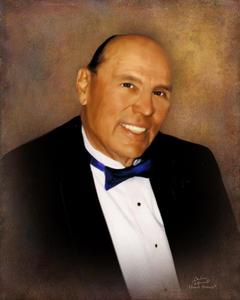 Lt. Col.  Gomes was the beloved husband for 64 years of Mrs.  Martha Yates Gomes and son of the late Mr. George Gomes and the late Mrs. Gertrude Bedbury Gomes.  He was a native of Clayton, CA,  and had Aiken his home for the past three years moving from Washington State.  He was a veteran of the Korean Conflict retiring after 20 years of service with the rank of Lt. Colonel in the U.S. Air Force.  Lt. Col. Gomes enjoyed fly fishing in his spare time. When he and his wife relocated to the Aiken area they made their home at Shadow Oaks assisted living where he attended the weekly chapel services.  He also attended Grace Covenant Church of God in New Ellenton.

In lieu of flowers the family suggests that memorials be made to the Alzheimer’s Foundation of America, 322 Eighth Ave., 7th fl., New York, NY, 10001 or on line at www.alzfdn.org.

A visitation with the family will take place in the foyer of Grace Covenant Church of God following the service.  COLE FUNERAL HOME 1544 UNIVERSITY PARKWAY (118 BY PASS) AIKEN, SC 29801. 803-648-7175.  Please sign the online registry at www.colefuneralhomeinc.com.


To order memorial trees or send flowers to the family in memory of Vernon Lee Gomes, please visit our flower store.