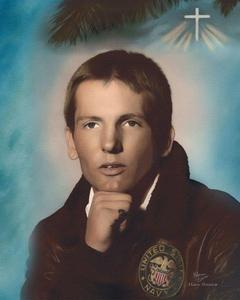 Mr. Hoffman entered into rest peacefully on Thursday, June 18, 2015 at the Veterans Administration Medical Center Downtown Division, Augusta, GA. He was a native of Columbia, SC and had made Aiken County his home for the past 13 years.  Mr. Hoffman was a son of the late William Otis Hoffman, Sr. and the late Mrs. Louise Marie Hoffman. He was a graduate of the Camden Military School, Camden, SC, and a veteran of the Vietnam War having served in the U.S. Navy  stationed on the USS Enterprise. He was a member of the Disable American Veterans chapter #44, Augusta, GA , and a member of Grace Covenant Church of God, New Ellenton, SC where he was very active in the Men and Women of Action of the Church of God.


To order memorial trees or send flowers to the family in memory of Stephen Frank Hoffman, please visit our flower store.