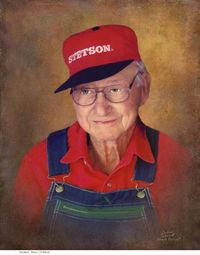 Mr. Fulmer was a native and lifelong resident of Aiken County. He was the Owner and operator of the Country Store (known as the Monkey Store ) on Hwy #1  and Boggyville Road in Aiken County.  Mr. Fulmer Had operated the Monkey Store from 1962-1990 retiring at the age of 62.  He had three spider monkeys name Charlie, JoJo, and Catfish that was an attraction at the store for many years and known throughout the community which nicknamed the business as the Monkey Store.  Mr. Fulmer was also very handy with woodcarving and carved a 6 ft. bear that stood out in front of the store for a long time, and his name was Sasquatch.  Although the Store is now gone the legacy of the Monkey Store will live forever.  Mr. Fulmer was a member of the Merchant Marines and was a veteran of the Korean Conflict having served in the U.S. Army.  He was a member of Shiloh Baptist Church.

To order memorial trees or send flowers to the family in memory of Paul Glenn Fulmer, Sr., please visit our flower store.