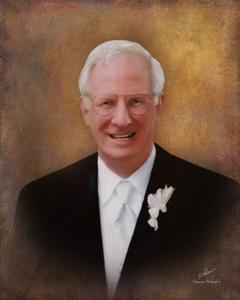 Mr. Joseph Douglas “Doug” James
Aiken—A celebration of life service for Mr. Joseph Douglas “Doug” James will be held 11:00 am Wednesday August 17, 2016 at Redds Branch Baptist Church with Rev. Bobby Grover officiating.  Interment will follow in the Church Cemetery.  Mr. James will be placed into the church one hour prior to services.
Mr. James  entered into rest at his residence Saturday August 13, 2016. He was a native of Frametown, West Virginia, and had made Aiken his home most all of his life.  He is the Husband of 41 years to Mrs. Lois Grover James, and a son of the late Mr. Joseph Truman James, and the late Mrs. Pebble Frame James.  Mr. James had retired in 2006 with Westinghouse, E.I. DuPont at the Savannah River Plant the Department of Energy, and the Savannah River Site with over 30 years of service as an OPS/Tech Training Specialist/SG33. Doug became a sales associate with Wal-Mart on Richland Ave., Aiken to lend his expertise in the Wireless and Electronics area for the past 7 years.  Doug’s passion was computers and anything electronic.  He was a member of Redds Branch Baptist Church.
Additional survivors include two sons, Joseph Clinton “Ashley” James, Aiken, Christopher Scott James, Aiken; one daughter, Ashley “Jamie” Pitts, Williston; two sisters, Sharon Dallas, Columbia, Joanie Musselwhite, Aiken; seven grandchildren.
Pallbearers will be Roy Blackwell, Keith Clerc, Rantz Dallas, Matthew Musselwhite, David James, and Kenneth Green representing Doug’s Grand Children.
In lieu of flowers the family suggest that memorials be made to the American Heart Association, donatenow.heart.org.
The family will receive friends 6-8 pm this evening, Tuesday August 16, 2016 at COLE FUNERAL HOME 1544 UNIVERSITY PARKWAY (118 BY PASS) AIKEN, SC, 29801. 803-648-7175. Please sign the online registry or order flowers at www.colefuneralhomeinc.com.

Please click here to view the video tribute
To order memorial trees or send flowers to the family in memory of Joseph Douglas James, please visit our flower store.