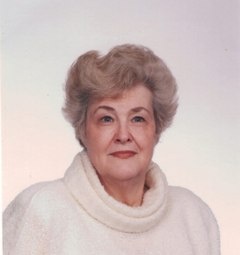 Aiken—A graveside service for Mrs. Jannie “Jan” Allen White age 84 will be held  2:00 pm Saturday, May 9, 2015 at Plum Branch Baptist Church, Plum Branch, SC, with Rev. Jim Bennett officiating.  Mrs. White will be place over the Grave on hour before the service.

Mrs. White entered into rest Tuesday, May 5, 2015 at her residence.  She was a native of Greenville, SC and had made Edgefield her home before moving to the Aiken Area. She was the beloved wife of the late Mr. Dewey White, and daughter of the late Mr. Roy Henry Allen, and the late Mrs. Harriet L. Griffin.  Mrs. White had retired as the owner and operator of Hite’s Florist when it was located on Chesterfield Street, Aiken.  She was a member of the Eastern Star, the Business Women’s Club, and the Thursday Bridge Club. Mrs. White was a member of Charles Wesley United Methodist Church, Aiken.

For the compassionate love and care that was given to Mrs. White we would like to thank Teri Eubanks, Britney Tyler with Trinity Hospice and her caregivers, Theresa Toole and her family for five years of dedicated service to Mrs. White, and also to December Martin, Teresa Rains, Lynne Givens, Brenda Johnson, Sherry Barton, Karen Padgett, and Diana Richardson.