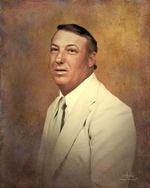 Mr. Mason was a native of Alapaha GA and had made Aiken County his home for most of his life.  He was a Heavy Equipment Operator with Cable LA and Fittman and Pittman Construction Co., and a member of the former West Side Baptist Church, Vaucluse Rd. Aiken. Mr. Mason was an avid fisherman.

In lieu of flowers the family suggests that memorials be made to the MCG Children’s Medical Center, c/o Georgia Health Sciences Foundation, 1120 15th Street Fl 1000, Augusta, GA 30912 or online at http://giving.gru.edu/donate

To order memorial trees or send flowers to the family in memory of James William Mason, please visit our flower store.