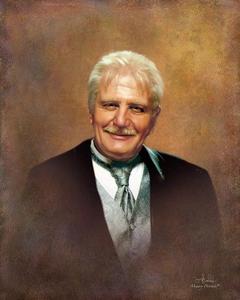 Mr. Chapman entered into rest Wednesday September 9, 2015 at Oconee Memorial Hospital, Seneca, SC. He was a native and life long resident of Aiken County, SC and was the husband of Mrs. Brenda Hunt Chapman.  He was a son of the late Mr. Lonnie Haskell and Mrs. Lillie Verdeen Steadman Chapman.
He was a retired welder and pipe fitter in the construction field, and was employed by Daniels Construction Company and PBM. Mr. Chapman had always been known as quite the handyman when it came to fixing things.  He was an avid fisherman and spent much of his spare time at his ponds on Banks Mill Road. He enjoyed hunting for Indian artifacts and had a huge collection of arrowheads. He loved spending time outdoors with his children, grandchildren, family and friends.  Mr. Chapman attended Grace Covenant Church of God, New Ellenton.

To order memorial trees or send flowers to the family in memory of Haskell Dean Chapman, please visit our flower store.