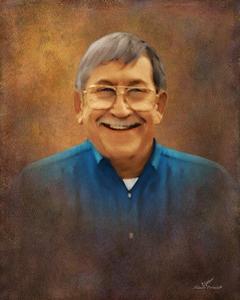 Mr. Cole was the beloved husband of Debra Padgett Cole, and a son of the late Mr. Gordon Carl Cole, Sr., and the late Mrs. Bertha Madeline Schutz Cole.  He was born on Parris Island, SC and grew up in Port Royal, SC. He had made Ladson, SC his home for the past 28 years.

Mr. Cole was a retired Asst. Fire Chief at Marine Corp Air Station in Beaufort, SC, and retired as the general manager of Sea Island Stages, Charleston, SC.   He was a veteran of the U.S. Navy, and was of the Methodist faith.

The family will receive friends Saturday, February 7, 2015 at the church following the service. COLE FUNERAL HOME 1544 UNIVERSITY PARKWAY (118 BY PASS) AIKEN, SC. 802-648-7175 is in charge of all arrangements.  Please sign the online registry or order flowers at www.colefuneralhomeinc.com.

To order memorial trees or send flowers to the family in memory of Garland Clarence Cole, Sr., please visit our flower store.