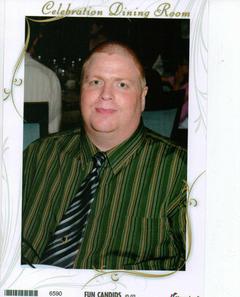 A celebration of life service will be held 6:00 pm Friday March 14, 2014  at Couchton Baptist Church with Rev. Alan Woodward officiating.  Burial will be private.

Danny was a native of Columbus OH and had made Aiken County his home for most of his life.   He was 1992 graduate of South Aiken High School and was an avid Clemson Tiger Fan.  Danny  enjoyed hunting and fishing as well.  He was a member of Couchton Baptist Church.

In lieu of flowers the family is asking that memorials be made to his parents, David and Brenda Watts.

A visitation with the family will take place following the service Friday, March 14, 2014 at Couchton Baptist Church Sanctuary. COLE FUNERAL HOME 1544 UNIVERSITY PARKWAY (118 BY PASS) AIKEN, SC, 29801. 803-648-7175 is assisting the family with arrangements.  Please sign the online registry at www.colefuneralhomeinc.com.

To order memorial trees or send flowers to the family in memory of Daniel Allen Watts, please visit our flower store.