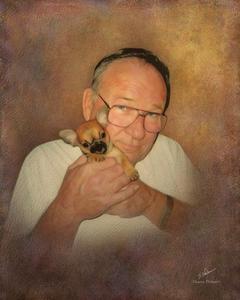 Funeral services will be held 12:00 noon, Saturday, August 9, 2014 at Cole Funeral Home Chapel with Rev. Mike Roughton officiating.  Military honors will be accorded by the U. S. Air Force Ceremonial Team.  Interment will be private.

Mr. Turner was a native of Columbus, GA and had made Aiken County his home for the past 34 years.  Mr. Turner was a retired  Maintenance Mechanic, and was a veteran of the United States Air Force having served in the Cold War  as a mechanic with the 585th. He served as the purchasing agent for Edwards Pie Company in Atlanta, GA before moving to Aiken working for Coca Cola Bottleling Company and later on Mr. Turner operated the Little Country Store in Windsor.  He was a loving and caring husband, father, and grandfather.   He had many hobbies such as working with wood, and building things for his children. Mr. Turner was a member of Cascade Hill Baptist Church, Columbus, GA and attended the Salvation Army Church of Aiken.


To order memorial trees or send flowers to the family in memory of Bobby Lee Turner, please visit our flower store.