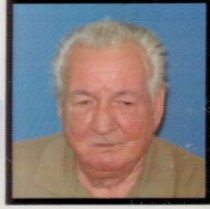 Mr. White was a native of Grovetown GA and made his home in Aiken County SC.  He was a Maintenance engineer in construction for 20 years retiring in 1989.  Mr. White was a veteran of the Korean Conflict having served in the United States Army. He enjoyed fishing, camping and spending time with his grandchildren. Mr. White and his wife served as foster parents for over 20 years.

The family would like express a gratitude of thanks to Trinity Hospice for all the care and attention they gave Mr. White and his family.

Honorary pallbearers will be the New Holland Fire Department.

The family suggest that memorials be made in memory of Mr. White to a childrens related charity.


To order memorial trees or send flowers to the family in memory of Albert (Jack) Eugene White, please visit our flower store.